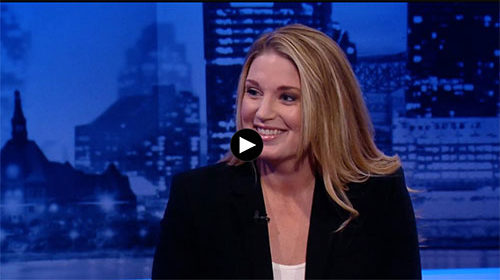 New Jersey is one of only two states that requires all hospitals to fully treat all patients in need of care, regardless of their ability to pay. For which hospitals are partially reimbursed under the charity care program. That’s the law, anyway. But the Fair Share Hospitals Collaborative claims, though member hospitals provide $123 million worth of charity care each year, they’re reimbursed just $12 million. The collaborative’s Executive Director Jennifer Mancuso sat down to discuss this with NJTV News Anchor Mary Alice Williams.

Williams: Thank you for being here.

Mancuso: Thank you for having me.

Williams: The idea was, as Medicaid expanded, charity care would decline. Is that what happened?

Mancuso: Yes. Well thankfully due to the ACA and Gov. Christie’s decision to expand Medicaid, over 800,000 New Jersey residents became insured and that is great news. The state responded to that by cutting charity care dollars, that’s made available to hospitals. The problem is that those dollars are not distributed proportionately throughout all hospitals. So, you have some hospitals that are being reimbursed almost all of their cost. Meanwhile, others are less than 1 percent of the cost for treating.

Williams: And you’re saying some hospitals are getting less than 43 percent?

Mancuso: Unfortunately yes, because charity care dollars have been cut so much year after year, these latest cuts are $420 million over the past few years. So, they’ve received less.

Williams: You’ve said that all hospitals are charity care hospitals. What do you mean by that?

Mancuso: Well as you’ve mentioned earlier, New Jersey’s law is very unique. Most other states only require hospitals to stabilize their patients. After they’re stabilized, they can be transferred to a designated safety net hospital. Here in New Jersey, all hospitals are safety nets. Thankfully, no patient is transferred just because they are not able to pay, they are not insured.

Williams: Let me ask you about the new American Health Care Act that would replace Obamacare, working its way through right now the House of Representatives. The Congressional Budget Office estimates that tens of millions of people would be thrown off of insurance rolls. How does that effect charity care hospitals?

Mancuso: It affects all hospitals. We want all patients to be insured. If you are insured, that means you have access to primary care, to preventative care. Hopefully you are going to remain healthier and stay out of hospitals, but unfortunately, as you mentioned, we expect 14 million across the United States to lose coverage in the first year alone — if the law as is, is implemented.

Williams: From the hospitals’ perspective, is that sustainable?

Mancuso: No, it is not. Hospitals are losing a lot of money when patients are not insured, unfortunately. We want to make sure patients are healthy and stay out of hospitals. However when they go to a hospital, we want to make sure everyone receives the best possible care. Year after year after year of sustaining losses means that hospitals are going to have to forgo making investments in their infrastructure or a new lifesaving technology. It’s patient care that could ultimately suffer if hospitals have to endure these cuts over and over again.

Williams: In the last year we’ve seen hospitals merging and acquiring each other and becoming these gigantic medical centers. Are they in a better position to treat people who are uninsured, than the smaller hospitals?

Williams: Jennifer Mancuso, thank you for being here.

Mancuso: Thank you very much for having me.